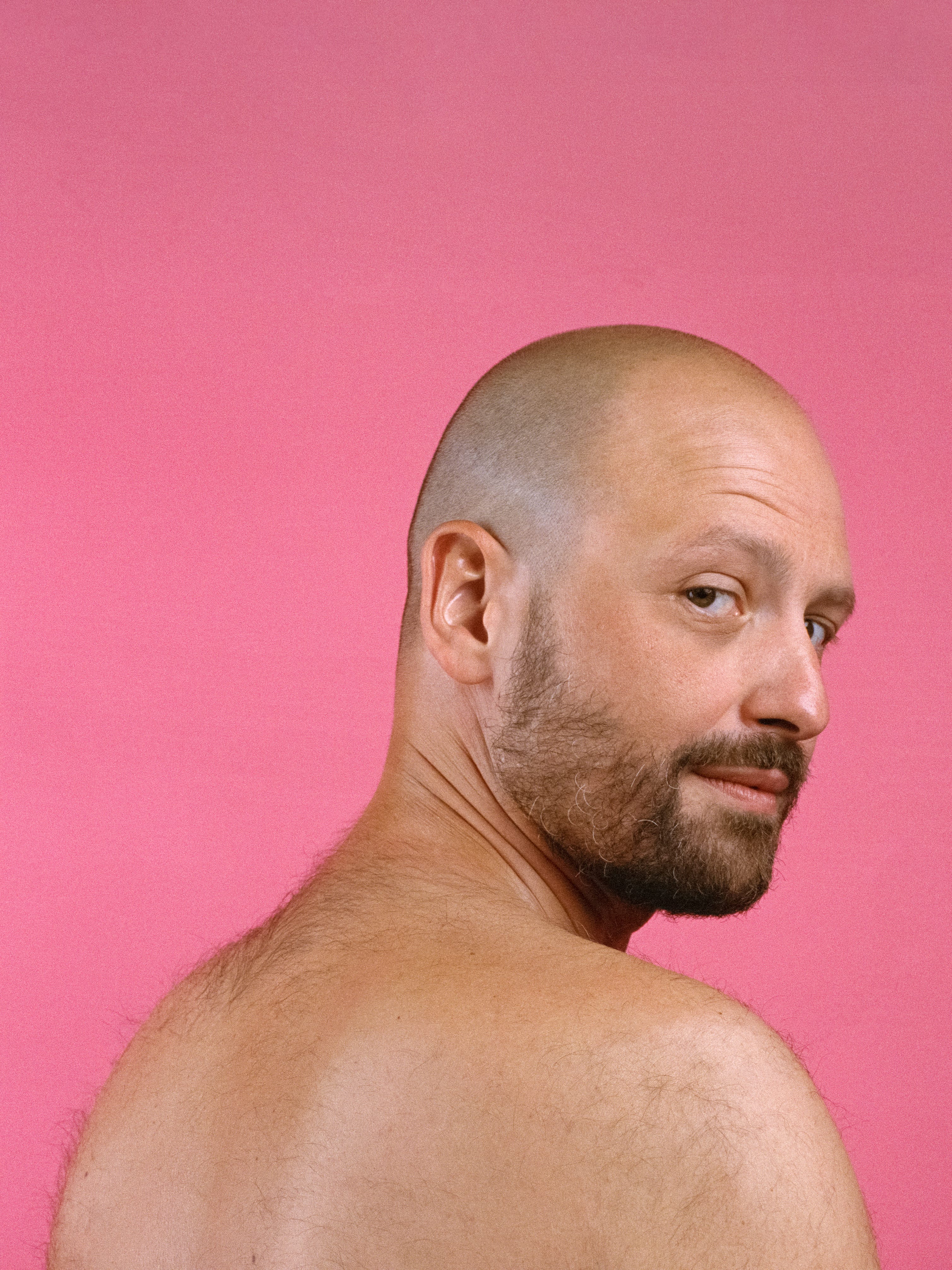 Stefan, is post-communism, post-capitalism, post-apocalypse. His camera is a blue light on the ruins.

Framing on the debris of a giant collapsed statue, its pieces in the swamp, its marble flesh, under the trees that bend the light. Focus on the algae and lichens that crawl over the granite, clinging to the rough surface to create a new skin. Focus on the nodules of lichens, rootless plants that grow out of dust, yet reach back in time.

Stefan creates space-time, in which he tries on human bodies, pursues eternal fantasies. Ogres of fairy tales, heroes of myths, kings of legends, sages of songs, left behind. Boys wearing their mother’s clothes, teenagers emperors of the universe. Adults with ebony hair, old men dancing under the trees. Images that melt under a too brief light.

Stefan Botez is a visual artist who primarily uses video. Other practices surface in his work, such as performance, installation, drawing and photography. Trained in architecture in Bucharest and in visual arts at HEAD, his interests revolve around gender, masculinity and desire. He sees his video practice as a documentary practice that questions voyeurism, but also tries to find the narrative in the document. At L’Abri, he intends to develop his practice by investigating the relationship between video and performance, and experiment with curatorial practices. His work has been exhibited at MNAC Bucharest, Kunstraum Walcheturm Zurich, HAU Berlin and others.