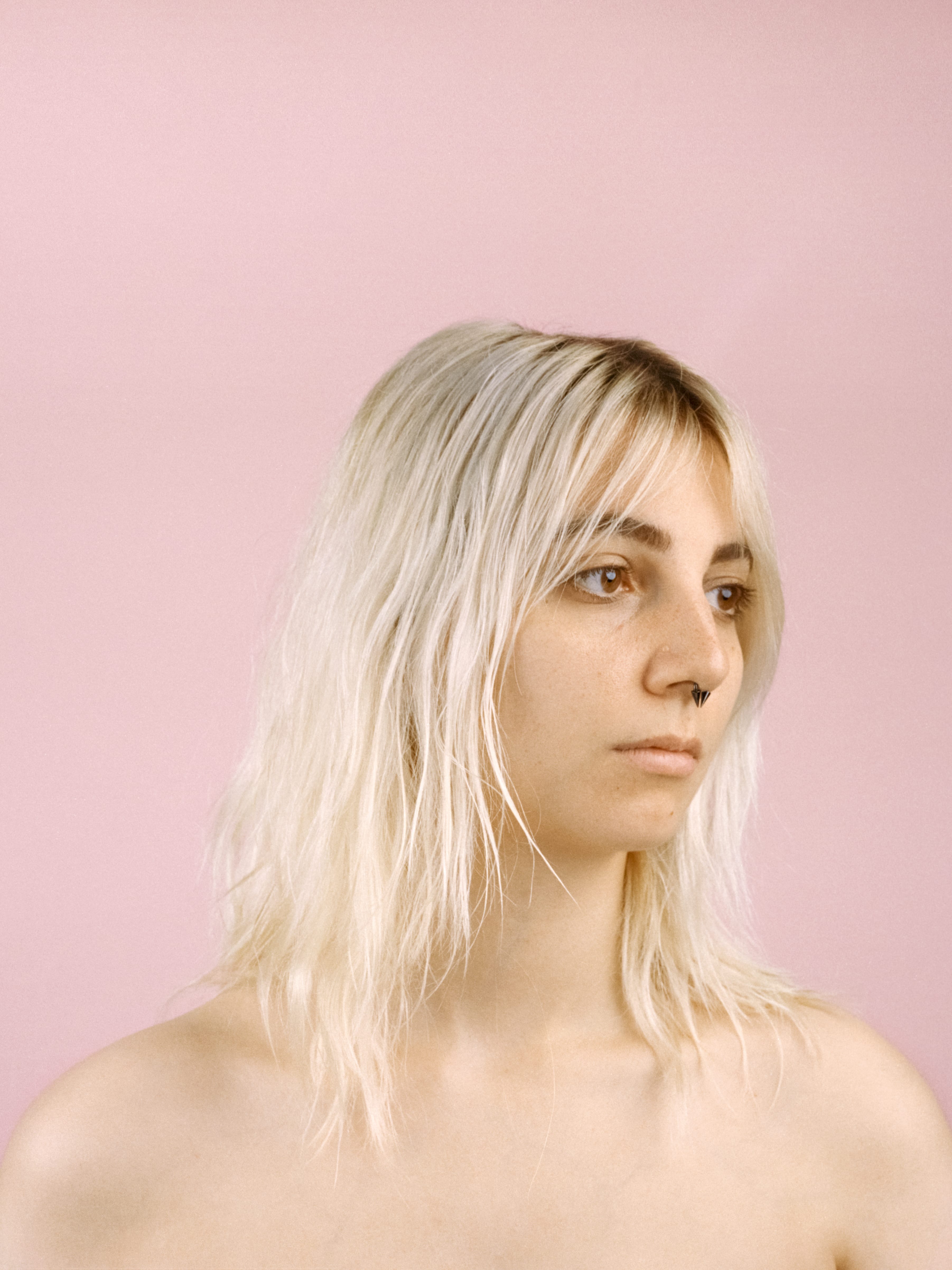 Sabrina grew up in an almost empty village, between boredom and imagination. In the forest above, she memorized the green moss that wrapped the rocks and stumps, collected animal bones, built gnomes out of pebbles and fairies out of dead leaves. In the evenings, she danced folk on the village floors, then disco in the cellars of her friends, then punk in the depths of her room and the forest. In her dreams she always recognised the sun and the salt, the rain and the beach.

In Sabrina’s left hand, the lines of wood and graphite are woven into the threads of wool. In her right hand, it is a composition of saturated pixels, angles of view, digital voices. With her two hands, Sabrina mixes, blends, kneads – sand, clay, humus – black, colours, light. She sculpts new universes to add to the old ones, makes pieces of storm and connected narratives.

Sabrina Vega is a freelance graphic designer and illustrator, trained at the ECAL. Her work focuses on the creation of album covers for musicians, clothing, or the design of visual identities for events and institutions such as the OSR. As an artistic jack-of-all-trades, she uses many different methods, be it traditional drawing, digital drawing, 3d, animation, sculpture, sewing, painting, etc. Mixing visual codes and aesthetics, she seeks to better understand the links between forms, techniques and effects produced. Her work is defined by a very pop, colourful aesthetic, which often contrasts with dark or even gory subjects. She designed and produced the visual identity of L’Abri for the 20-21 and 21-22 seasons.