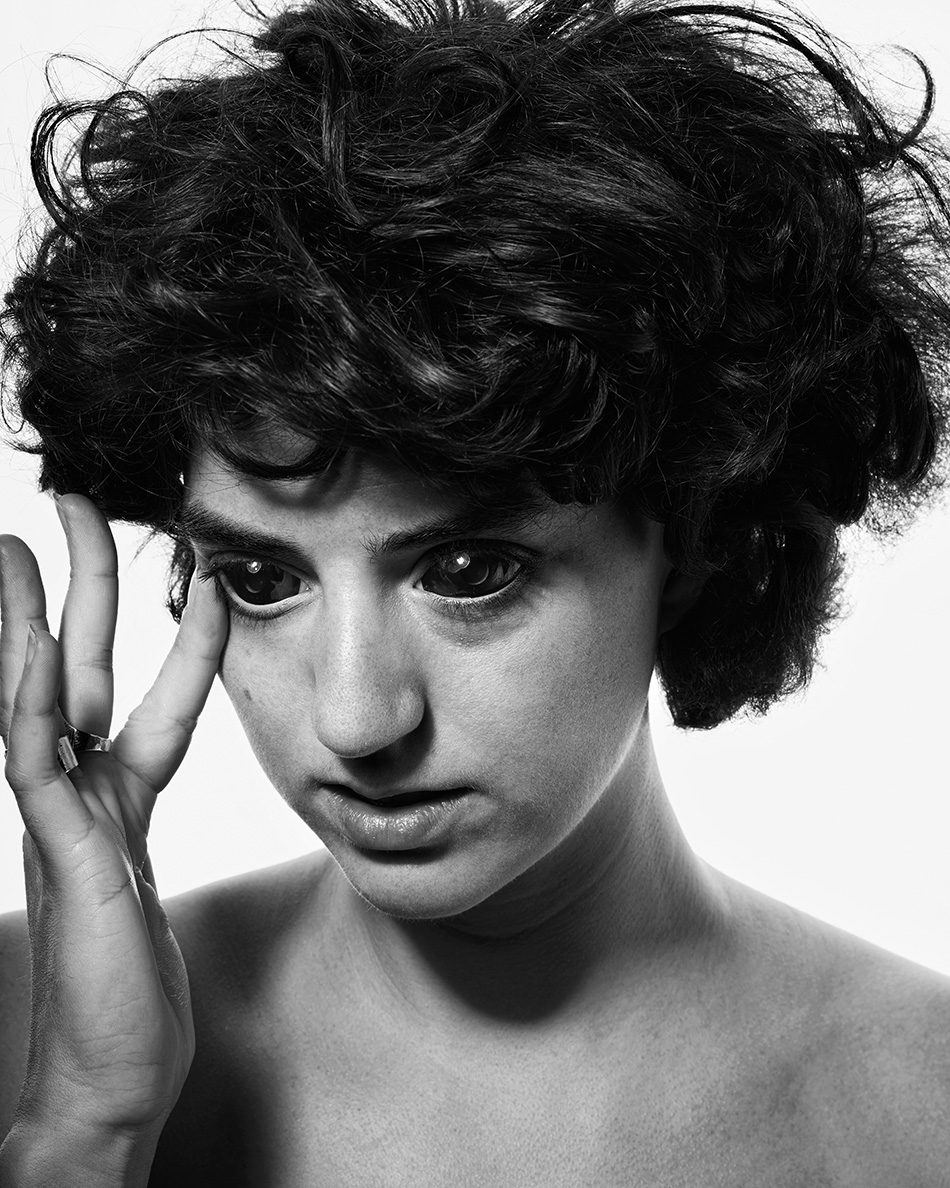 On stage, explosiveness, gentleness, mischief and self-mockery punctuate the performances of an actress, dancer, singer – complete. Mélina often looks the public straight in the eye and announces, unscrupulous, like a new Helen of Troy: ‘When I say that I am the most beautiful woman in the world, I do not mean that I am the most beautiful woman of Greece or of the Earth, but of the COSMOS.’ And then, a little later, she shakes up the concept of a beauty harmonized by the sharp angles of a normalized splendour.

Born in Lausanne and of Greek-Swiss origin, Mélina first started studying dance at Dance Area in Geneva before getting her Bachelor’s in Theatre at the Manufacture – University of Performing Arts in Lausanne in 2016. During her studies, she met memorable people, like the director Oscar Gómez Mata. Once graduated, she performed, danced and collaborated with different directors such as Jean-Daniel Piguet for the show PASSE (Théâtre de Vidy, Théâtre Les Halles), Anna Lemonaki for Fuchsia Saignant (La Parfumerie, La Bâtie), Romeo Castellucci for Democracy in America (Théâtre de Vidy), Adina Secretan for Hoy por Hoy (far° festival des arts vivants in Nyon), Karelle Ménine for Volume (Théâtre Saint-Gervais) and also Maxine Reys for Les Trajectoires Palmées (Les Effusions Festival). She became a part of the CCC collective and has participated in the creation of unusual projects outside the walls of theatres under the leadership of director Mathias Brossard. Her project Opα, winner of the second PREMIO awards in 2017, questioned the power of appearance through the figure of Helen of Troy by blurring the lines between theatre and reality. It premiered at Arsenic in 2018 and was performed at the CDD.7 Festival, the Performa Festival, the Théâtre de Vidy, as well as the Théâtre de la Ruelle in La Chaux. In 2019, she will participate in the next creation of director Christiane Jatahy, Le present qui déborde.