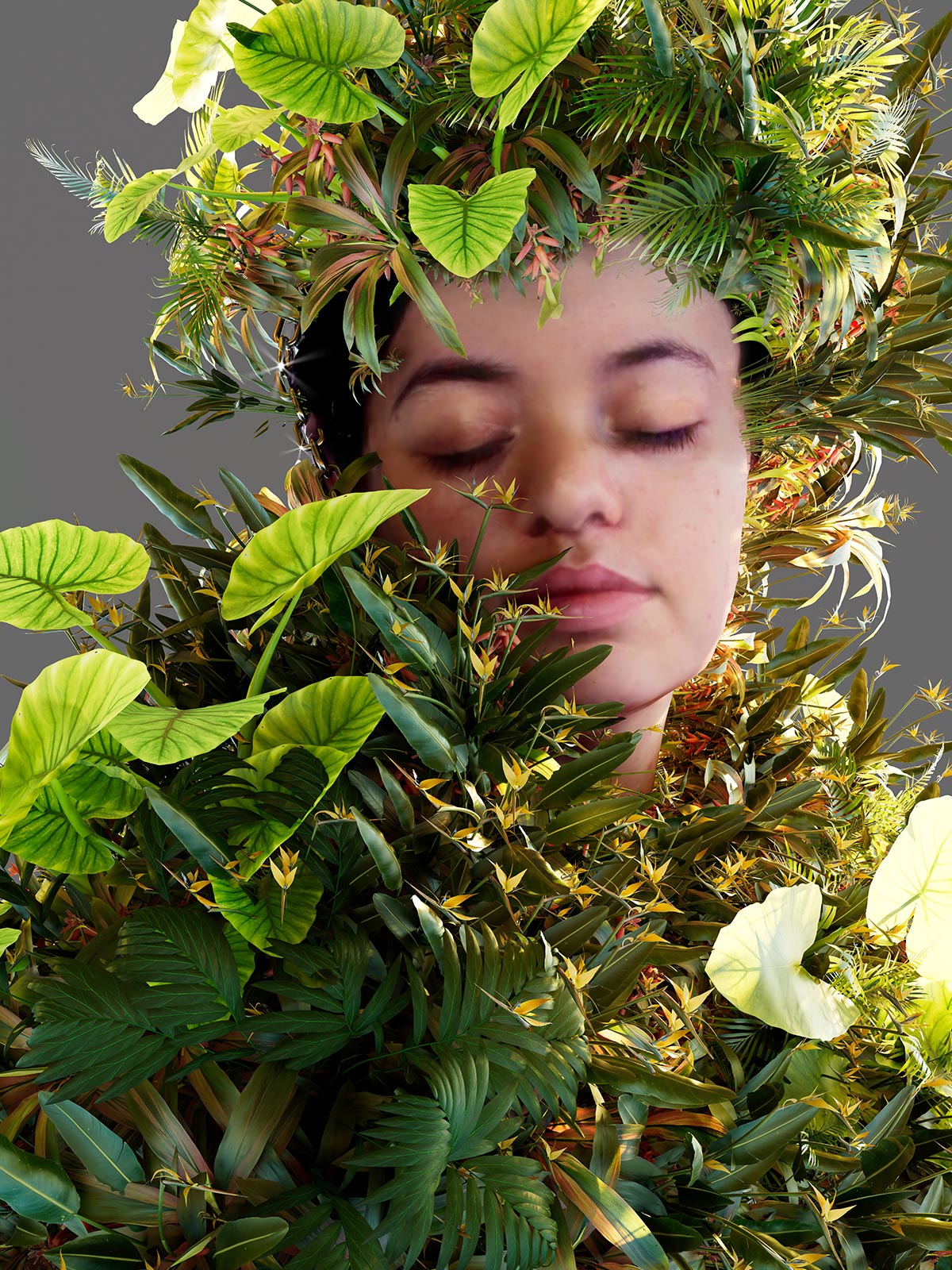 She was born near a river. Immense. Bottomless, endless. She grew up with this dimension of the unknown. A river with many stories, mysteries and botos. Pink dolphins, both frightening and fascinating. She often dreams about them.

She has dipped her body in the river several times. Recklessly and ritualistically.

In the trees, you can hear the parrots croaking. It’s time to dance. Her body takes up the space, bursting with the sound of the drums. Marara awakens. She celebrates kitchness, music, femininity, extravaganza. Always in motion, she and Mayara intersect, meet, exchange in an evanescent way. Together they transport images, sounds, entities, from the bottom of the river to the top of the mountains.

Mayara Yamada is an artist, performer and DJ from the Brazilian Amazon. She recently obtained a Master’s degree in Visual Arts at the ECAL (Lausanne), after an initial training as an actress at Casa de Artes das Laranjeiras and studies in Aesthetics and Theory of Theatre at Unirio (Federal University of the State of Rio de Janeiro). In her performative work, we find the form of autobiography as a way of questioning her relationship to the body (Arma Biológica, 2017; EGUX!), to memory (Mundiada, 2018), to territory (Drapeada, 2018-20), to eroticism (Amarraçao, 2021) and to rituals (Caudalosa, 2015-19; Disguise with Water, 2019). You might also encounter Marara Kelly: an enchanted being or a parallel identity that navigates  the worlds of celebration and pleasure, invoking our childhood dreams. Drawing on the graphic and musical references of northern Brazil, such as technobrega, she mixes audiovisual media. The transpositions that result from her research and from her body in transit are at the heart of her work. She is currently developing the Marara Kelly Art Show series, a personal mythology, the first chapters of which she presented at the festival les Urbaines and in the context of Lemaniana 2021. In the continuation of this series, we may finally hear her sing.