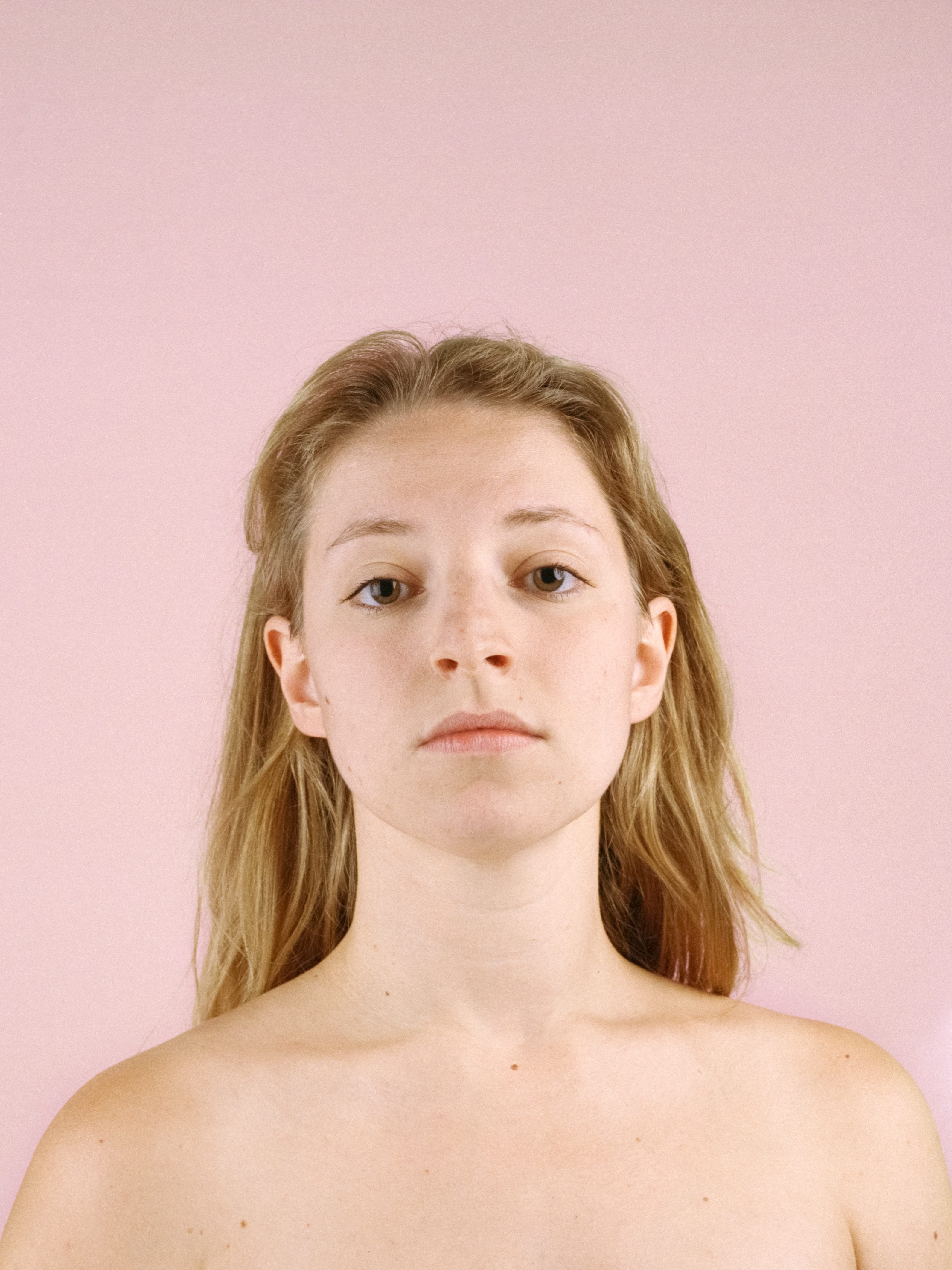 This morning Laura heard both silence and fullness, like an unknown shape taking place in her body, hidden for so long and yet so vivid, so she remembers the salt water that gave birth to her clay body and painted it with mosaics, a woman with a hundred heads who hungers for perceptions to create, to create once more, for repetition is necessary, but there are the questions that her own image turns, about the way we look at ourselves, about freedom when one detaches oneself from anchored values, about the similarities between the greed of anger and the greed of love, in short, she drifts, towards childhood with an animal look, towards a retro-futuristic dance, and when the rain finally falls she says to herself “wow, what a chance I have to be able to feel the spaces, the music, the living”, then she honours her instinct and this not quite tamed body, powerful vectors in spite of the blur.

Laura Den Hondt is a Belgian actress, trained at the Brussels and Lyon Conservatoires and at La Manufacture. In addition to her work as a performer – notably for Nina Negri, whose play Sous Influence will be presented at Vidy and the Comédie in the autumn of 2021 – she has begun her research into acting and the construction of her image. Accompanied by the thoughts of Mona Chollet and Naomi Wolf, among others, she is developing performances on the transformation of the body and emotivity. Multiple in her artistic practices and a jack of all trades, she enjoys mixing disciplines and genres. She particularly likes animation, geek culture, children’s literature, black humour and horror films.