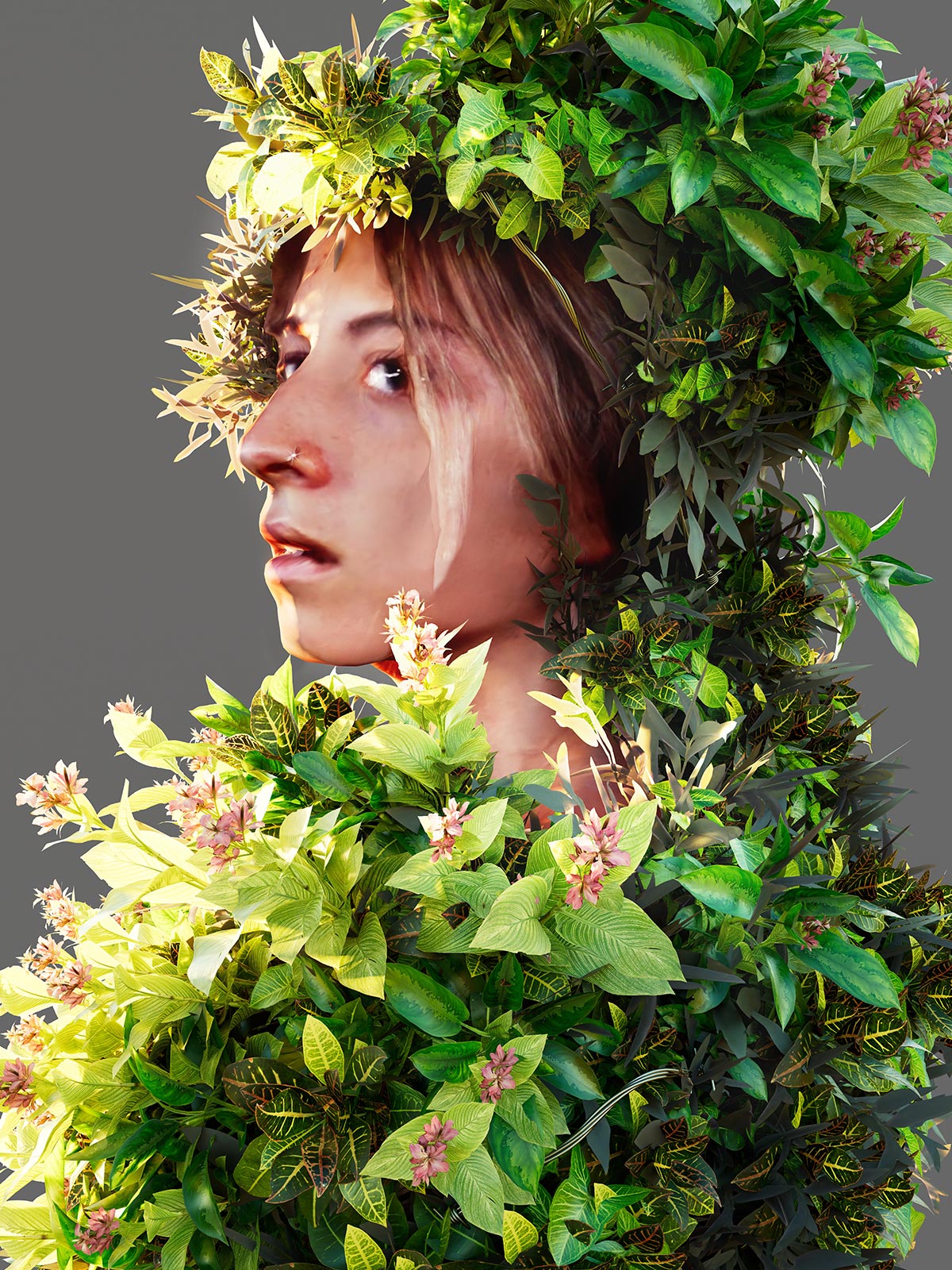 Ever since she was little, she has been out searching for crystals. She remembers night-time walks with her father and her cat. Later she would seek them while climbing rocks, never forgetting to look down at her feet. That little moss on a forest path. The light across it. She looks far away. She sees the biological relationships, the geometric shapes, their combined worlds.

Over time, she has surrounded herself with machines. Keyboards, screens, virtual brains. They have become an army of fighters, who give shape to these worlds. Natural, yet surreal worlds.

She continues to work from the simplest, the enchantment of her childhood. Now she can look further, push that feeling of being hit and find ways to share the impact of these encounters.

Floriane Biner is a freelance graphic designer and visual artist, trained in visual communication at the HEAD – Geneva.  Her artistic practice deals mainly with 3D illustration, but she also works with web design, photography, editorial design and animation. Having grown up in Nax, in Valais, the forest, the mountains and the animals have always accompanied her. Through her work, she  investigates the subtle, sometimes invisible or surreal encounters with nature. In the 3D animation Depuis 2,4 mia d’années, she even explores the infinite time of mycelium. Floriane is interested in the tensions between the natural and the artificial, the relationship between abundant nature and concrete, between freedom and technological control. 3D becomes a means to create subjects, their spaces and to explore their static or animated states in an infinite way. She intends to take advantage of the residencies at L’Abri to question the reception of her works by giving them physical, and why not musical forms. She designed L’Abri’s visual identity for 22-23.