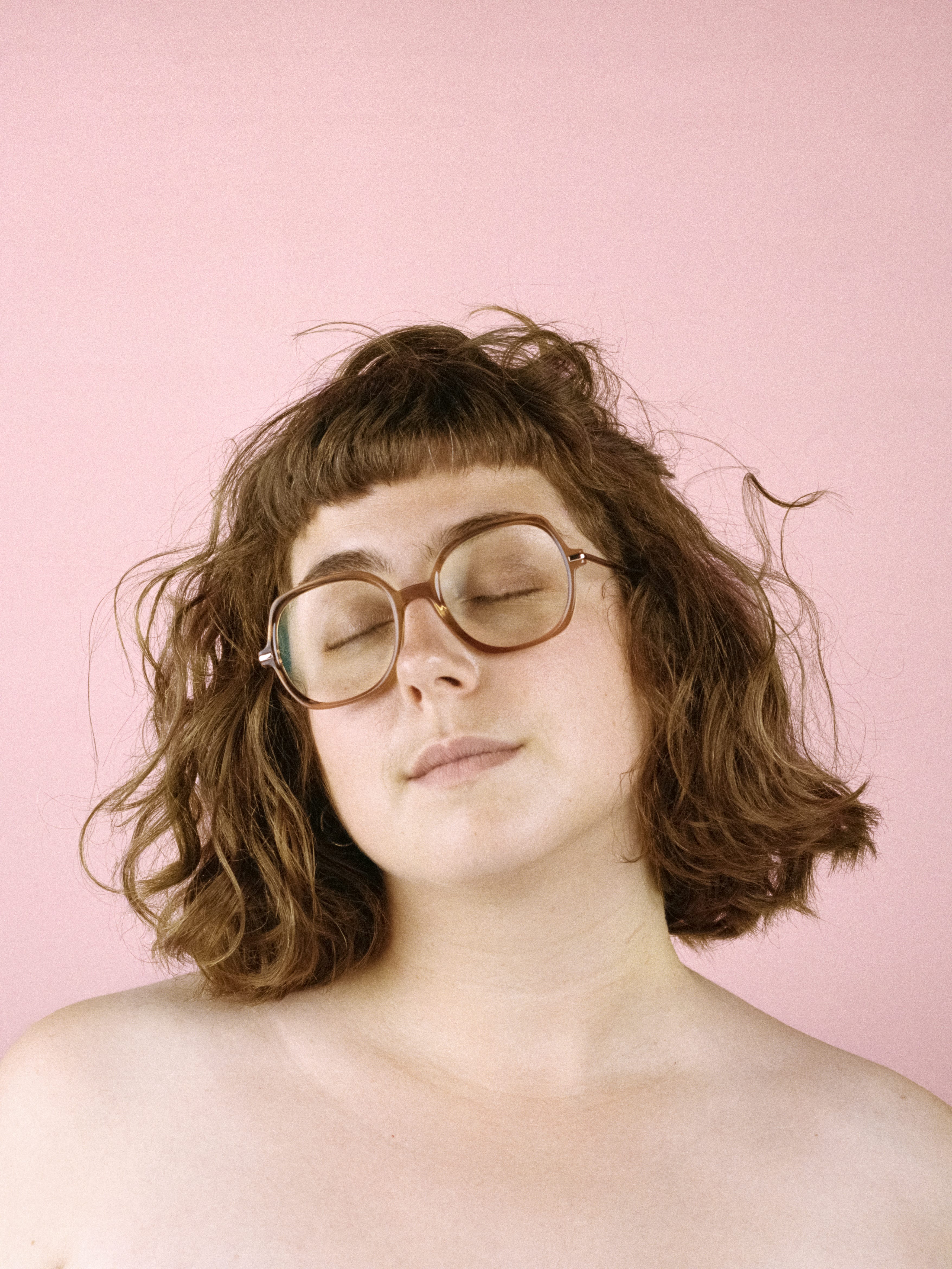 There are the wheat fields lined up – burnt yellow and sharp green – to the silhouette of the industrial suburbs on the blue horizon. Is the countryside bucolic or artificial? In the furrows and dust, exploited land and farmers. Anouk grew up there, in this territory at the crossroads of boredom and freedom – the “diagonal of the void”.

There is a rage, a revolt, a desire to blow everything up. It is a rage with a solar force, which guides and expresses itself in rays of light.

There is the raw material, the softness of tufted wool, the pungency and sweetness of sourdough, the melting and rusticity of goat’s cheese, the grain of film and the pixelation of bad smartphones.

There are the venereal messages that adorn her soft carpets – burning cars, ACAB, clit – and the frank questions that live in her eyes – how? for whom? for what?

Anouk Maupu is a photographer and filmmaker. Her work is mainly in the documentary field. Interested in social and political issues, she seeks to introduce critical tools into documentary practice, to develop new approaches, notably questioning her gaze and her legitimacy as a Western artist in her work on the elsewhere. Her first documentary film, on the daily life of teenage girls in Mongolia, was shot entirely with smartphones by the protagonists and made at a distance. Conceived as part of her Bachelor’s degree in photography at the ECAL (Ecole Cantonale d’Art de Lausanne), the film is currently touring festivals. It was notably presented at the Cinéma du Réel in Paris in March 2021. She has a degree in Fashion and Textile Design from the Duperré School in Paris and is a tufted carpet designer. She intends to use her time at L’Abri to experiment with large format creations and to use this practice for performative and scenographic purposes.